This Is My Black

Giving Voice to a Rising Generation

The students and teachers of Pine Forge Academy (PFA), a Historically Black boarding high school, were locked down on their campus in rural Pennsylvania with little interaction with the outside world. It was the COVID lockdown year of 2020, which meant PFA’s prestigious choral and arts program wouldn’t be able to make their routine touring rounds across the country to showcase their world-class talent. That was until their performance arts director, Jarrett Roseborough, determined to create a film that would give his students a platform and a voice. “This is My Black” was born.

“This is My Black” captures how these choral students at Pine Forge processed images of vigilante and institutional violence during Covid locked-down school year and pairs their raw commentary with interpretive dance, poetry, percussion, and song. ⁣Profound Pixels was responsible for co-writing, co-producing, directing, and editing this “groundbreaking” documentary musical.

Profound Pixels designed the film's logo as well as it's 1970's-inspired movie poster and sourced the illustration. 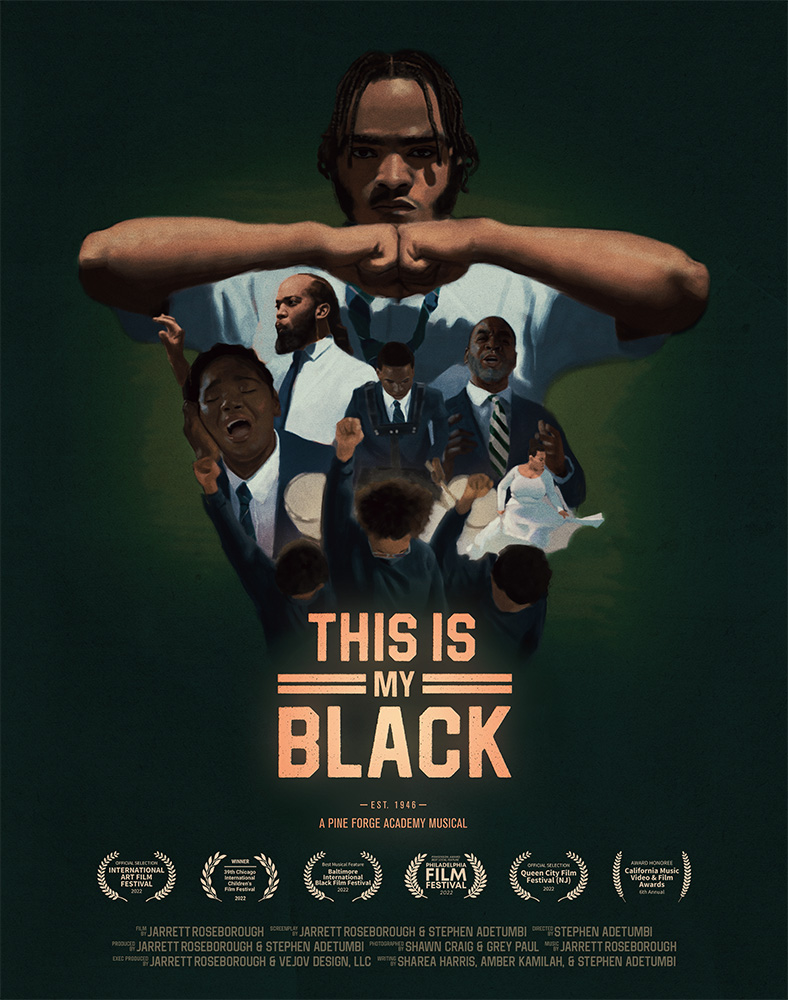 This Is My Black